Thanks for picking up the Little ASP.NET Core Book! I wrote this short book to help developers and people interested in web programming learn about ASP.NET Core 2.0, a new framework for building web applications and APIs.

The Little ASP.NET Core Book is structured as a tutorial. You’ll build a to-do app from start to finish and learn:

Don’t worry, you don’t need to know anything about ASP.NET Core (or any of the above) to get started.

The code for the finished version of the application you’ll build is available on GitHub (https://www.github.com/nbarbettini/little-aspnetcore-todo). Feel free to download it if you want to compare as you write your own code.

The book itself is updated frequently with bug fixes and new content. If you’re reading a PDF, e-book, or print version, check the official website (littleasp.net/book) to see if there’s an updated version available. The very last page of the book contains version information and a changelog.

Reading in your own language

Thanks to some fantastic multilingual folks, the Little ASP.NET Core Book has been translated into other languages:

Who this book is for

If you’re new to programming, this book will introduce you to the patterns and concepts used to build modern web applications. You’ll learn how to build a web app (and how the big pieces fit together) by building something from scratch! While this little book won’t be able to cover absolutely everything you need to know about programming, it’ll give you a starting point so you can learn more advanced topics.

If you already code in a backend language like Node, Python, Ruby, Go, or Java, you’ll notice a lot of familiar ideas like MVC, view templates, and dependency injection. The code will be in C#, but it won’t look too different from what you already know.

If you’re an ASP.NET MVC developer, you’ll feel right at home! ASP.NET Core adds some new tools and reuses (and simplifies) the things you already know. I’ll point out some of the differences below.

No matter what your previous experience with web programming, this book will teach you everything you need to create a simple and useful web application in ASP.NET Core. You’ll learn how to build functionality using backend and frontend code, how to interact with a database, and how to test and deploy the app to the world.

What is ASP.NET Core?

ASP.NET Core is a web framework created by Microsoft for building web applications, APIs, and microservices. It uses common patterns like MVC (Model-View-Controller), dependency injection, and a request pipeline comprised of middleware. It’s open-source under the Apache 2.0 license, which means the source code is freely available, and the community is encouraged to contribute bug fixes and new features.

Why do we need another web framework?

There are a lot of great web frameworks to choose from already: Node/Express, Spring, Ruby on Rails, Django, Laravel, and many more. What advantages does ASP.NET Core have?

Throughout this book, you’ll be learning about ASP.NET Core (the web framework). I’ll occasionally mention the .NET runtime (the supporting library that runs .NET code).

You may also hear about .NET Core and .NET Standard. The naming gets confusing, so here’s a simple explanation:

.NET Core is the .NET runtime that can be installed on Windows, Mac, or Linux. It implements the APIs defined in the .NET Standard interface with the appropriate platform-specific code on each operating system. This is what you’ll install on your own machine to build and run ASP.NET Core applications.

And just for good measure, .NET Framework is a different implementation of .NET Standard that is Windows-only. This was the only .NET runtime until .NET Core came along and opened .NET up to Mac and Linux. ASP.NET Core can also run on Windows-only .NET Framework, but I won’t touch on this too much.

If you’re confused by all this naming, no worries! We’ll get to some real code in a bit.

A note to ASP.NET 4 developers

If you haven’t used a previous version of ASP.NET, skip ahead to the next chapter!

ASP.NET Core is a complete ground-up rewrite of ASP.NET, with a focus on modernizing the framework and finally decoupling it from System.Web, IIS, and Windows. If you remember all the OWIN/Katana stuff from ASP.NET 4, you’re already halfway there: the Katana project became ASP.NET 5 which was ultimately renamed to ASP.NET Core.

Because of the Katana legacy, the Startup class is front and center, and there’s no more Application_Start or Global.asax. The entire pipeline is driven by middleware, and there’s no longer a split between MVC and Web API: controllers can simply return views, status codes, or data. Dependency injection comes baked in, so you don’t need to install and configure a container like StructureMap or Ninject if you don’t want to. And the entire framework has been optimized for speed and runtime efficiency. 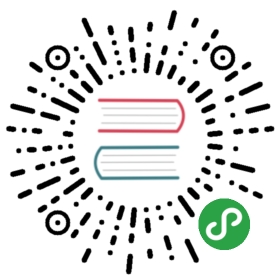