Before I enlighten you with the mechanics of React I’d first like to define a few terms so as to grease the learning process.

Babel comes with a CLI tool, called Babel CLI, that can be used to compile files from the command line.

The configuration arguments passed (as an object) to the React.createClass() function resulting in an instance of a React component.

“The Document Object Model (DOM) is a programming interface for HTML, XML and SVG documents. It provides a structured representation of the document as a tree. The DOM defines methods that allow access to the tree, so that they can change the document structure, style and content. The DOM provides a representation of the document as a structured group of nodes and objects, possessing various properties and methods. Nodes can also have event handlers attached to them, and once an event is triggered, the event handlers get executed. Essentially, it connects web pages to scripts or programming languages.” - MSD

Used to represent the current version of JavaScript as well as potential future versions that can written today using tools like Babel. When you see “ES*” it more than likely means you’ll find uses of ES5, ES6, and ES7 together.

npm is the package manager for JavaScript born from the Node.js community.

A React component is created by calling React.createClass() (or, React.Component if using ES6 classes). This function takes an object of options that is used to configure and create a React component. The most common configuration option is the render function which returns React nodes. Thus, you can think of a React component as an abstraction containing one or more React nodes/components.

React nodes (i.e., element and text nodes) are the primary object type in React and can be created using React.createElement('div');. In other words React nodes are objects that represent DOM nodes and children DOM nodes. They are a light, stateless, immutable, virtual representation of a DOM node.

A function that generates a React element node with a particular type property.

When a component is purely a result of props alone, no state, the component can be written as a pure function avoiding the need to create a React component instance.

An in-memory JavaScript tree of React elements/components that is used for efficient re-rendering (i.e., diffing via JavaScript) of the browser DOM.

Webpack is a module loader and bundler that takes modules (.js, .css, .txt, etc.) with dependencies and generates static assets representing these modules. 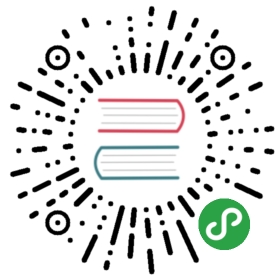