When you run vite for the first time, you may notice this message:

This is Vite performing what we call “dependency pre-bundling”. This process serves two purposes:

This also means you should avoid placing dependencies that are not meant to be imported in your source code under dependencies (move them to devDependencies instead).

Pre-bundled dependencies are bundled into a single, separate module, therefore you should prefer using named exports from the main entry point instead of deep imports to individual modules. For example:

Some dependencies may be designed to be used via deep imports, e.g. firebase exposes sub modules via firebase/* deep imports. For such dependencies, you can instruct Vite to explicitly include these deep import paths via the optimizeDeps.include option. If you never use the main entry, it is also a good idea to exclude it from pre-bundling.

While Vite tries its best to accommodate non-ESM dependencies, there are going to be some dependencies that won’t work out of the box. The most common types are those that import Node.js built-in modules (e.g. os or path) and expect the bundler to automatically shim them. These packages are typically written assuming all users will be consuming it with webpack, but such usage does not make sense when targeting browser environments.

When using Vite, it is strongly recommended to always prefer dependencies that provide ESM formats. This will make your build faster, and results in smaller production bundles due to more efficient tree-shaking.

In a monorepo setup, a dependency may be a linked package from the same repo. Vite automatically detects dependencies that are not resolved from node_modules and treats the linked dep as source code. It will not attempt to bundle the linked dep, and instead will analyze the linked dep’s dependency list instead.

The default pre-bundling heuristics may not always be desirable. In cases where you want to explicitly include/exclude dependencies from the list, use the optimizeDeps config options.

Vite caches the pre-bundled dependencies in node_modules/.vite. It determines whether it needs to re-run the pre-bundling step based on a few sources:

The pre-bundling step will only need to be re-run when one of the above has changed.

If for some reason you want to force Vite to re-bundle deps, you can either start the dev server with the --force command line option, or manually delete the node_modules/.vite cache directory. 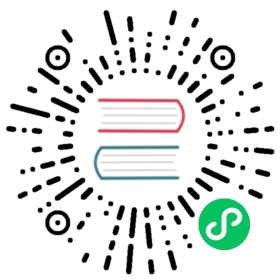