Typically, Request objects are generated in the spiders and pass across the system until they reach the Downloader, which executes the request and returns a Response object which travels back to the spider that issued the request.

A Request object represents an HTTP request, which is usually generated in the Spider and executed by the Downloader, and thus generating a Response.

In some cases you may be interested in passing arguments to those callback functions so you can receive the arguments later, in the second callback. The following example shows how to achieve this by using the Request.cb_kwargs attribute:

The errback of a request is a function that will be called when an exception is raise while processing it.

It receives a Failure as first parameter and can be used to track connection establishment timeouts, DNS errors etc.

Here’s an example spider logging all errors and catching some specific errors if needed:

In case of a failure to process the request, you may be interested in accessing arguments to the callback functions so you can process further based on the arguments in the errback. The following example shows how to achieve this by using Failure.request.cb_kwargs:

The Request.meta attribute can contain any arbitrary data, but there are some special keys recognized by Scrapy and its built-in extensions.

The IP of the outgoing IP address to use for the performing the request.

The amount of time (in secs) that the downloader will wait before timing out. See also: DOWNLOAD_TIMEOUT.

The amount of time spent to fetch the response, since the request has been started, i.e. HTTP message sent over the network. This meta key only becomes available when the response has been downloaded. While most other meta keys are used to control Scrapy behavior, this one is supposed to be read-only.

Whether or not to fail on broken responses. See: DOWNLOAD_FAIL_ON_DATALOSS.

The meta key is used set retry times per request. When initialized, the max_retry_times meta key takes higher precedence over the RETRY_TIMES setting.

Raising a StopDownload exception from a handler for the bytes_received or headers_received signals will stop the download of a given response. See the following example:

which produces the following output:

By default, resulting responses are handled by their corresponding errbacks. To call their callback instead, like in this example, pass fail=False to the StopDownload exception.

Here is the list of built-in Request subclasses. You can also subclass it to implement your own custom functionality.

The FormRequest class extends the base Request with functionality for dealing with HTML forms. It uses lxml.html forms to pre-populate form fields with form data from Response objects.

The FormRequest class adds a new keyword parameter to the __init__ method. The remaining arguments are the same as for the Request class and are not documented here.

The FormRequest objects support the following class method in addition to the standard Request methods:

If you want to simulate a HTML Form POST in your spider and send a couple of key-value fields, you can return a FormRequest object (from your spider) like this:

It is usual for web sites to provide pre-populated form fields through <input type="hidden"> elements, such as session related data or authentication tokens (for login pages). When scraping, you’ll want these fields to be automatically pre-populated and only override a couple of them, such as the user name and password. You can use the FormRequest.from_response() method for this job. Here’s an example spider which uses it:

The JsonRequest class adds two new keyword parameters to the __init__ method. The remaining arguments are the same as for the Request class and are not documented here.

Sending a JSON POST request with a JSON payload:

A Response object represents an HTTP response, which is usually downloaded (by the Downloader) and fed to the Spiders for processing.

New in version 2.0.0: The certificate parameter.

New in version 2.1.0: The ip_address parameter.

New in version 2.5.0: The protocol parameter.

Here is the list of available built-in Response subclasses. You can also subclass the Response class to implement your own functionality.

TextResponse objects adds encoding capabilities to the base Response class, which is meant to be used only for binary data, such as images, sounds or any media file.

TextResponse objects support a new __init__ method argument, in addition to the base Response objects. The remaining functionality is the same as for the Response class and is not documented here.

TextResponse objects support the following attributes in addition to the standard Response ones:

TextResponse objects support the following methods in addition to the standard Response ones:

The HtmlResponse class is a subclass of TextResponse which adds encoding auto-discovering support by looking into the HTML meta http-equiv attribute. See TextResponse.encoding.

The XmlResponse class is a subclass of TextResponse which adds encoding auto-discovering support by looking into the XML declaration line. See TextResponse.encoding. 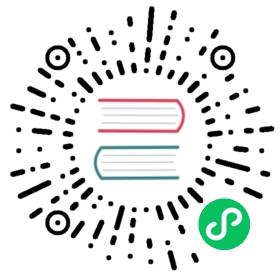