How does Scrapy compare to BeautifulSoup or lxml?

BeautifulSoup and lxml are libraries for parsing HTML and XML. Scrapy is an application framework for writing web spiders that crawl web sites and extract data from them.

Scrapy provides a built-in mechanism for extracting data (called selectors) but you can easily use BeautifulSoup (or lxml) instead, if you feel more comfortable working with them. After all, they’re just parsing libraries which can be imported and used from any Python code.

In other words, comparing BeautifulSoup (or lxml) to Scrapy is like comparing jinja2 to Django.

Can I use Scrapy with BeautifulSoup?

Yes, you can. As mentioned above, BeautifulSoup can be used for parsing HTML responses in Scrapy callbacks. You just have to feed the response’s body into a BeautifulSoup object and extract whatever data you need from it.

Here’s an example spider using BeautifulSoup API, with lxml as the HTML parser:

Did Scrapy “steal” X from Django?

Probably, but we don’t like that word. We think Django is a great open source project and an example to follow, so we’ve used it as an inspiration for Scrapy.

We believe that, if something is already done well, there’s no need to reinvent it. This concept, besides being one of the foundations for open source and free software, not only applies to software but also to documentation, procedures, policies, etc. So, instead of going through each problem ourselves, we choose to copy ideas from those projects that have already solved them properly, and focus on the real problems we need to solve.

We’d be proud if Scrapy serves as an inspiration for other projects. Feel free to steal from us!

Does Scrapy work with HTTP proxies?

How can I scrape an item with attributes in different pages?

You need to install pywin32 because of this Twisted bug.

How can I simulate a user login in my spider?

Does Scrapy crawl in breadth-first or depth-first order?

By default, Scrapy uses a LIFO) queue for storing pending requests, which basically means that it crawls in DFO order. This order is more convenient in most cases.

If you do want to crawl in true BFO order, you can do it by setting the following settings:

My Scrapy crawler has memory leaks. What can I do?

Also, Python has a builtin memory leak issue which is described in Leaks without leaks.

How can I make Scrapy consume less memory?

How can I prevent memory errors due to many allowed domains?

See also other suggestions at StackOverflow.

Remember to disable scrapy.spidermiddlewares.offsite.OffsiteMiddleware when you enable your custom implementation:

Can I use Basic HTTP Authentication in my spiders?

Why does Scrapy download pages in English instead of my native language?

Where can I find some example Scrapy projects?

Can I run a spider without creating a project?

Yes. You can use the runspider command. For example, if you have a spider written in a my_spider.py file you can run it with:

I get “Filtered offsite request” messages. How can I fix them?

Those messages (logged with DEBUG level) don’t necessarily mean there is a problem, so you may not need to fix them.

Those messages are thrown by the Offsite Spider Middleware, which is a spider middleware (enabled by default) whose purpose is to filter out requests to domains outside the ones covered by the spider.

What is the recommended way to deploy a Scrapy crawler in production?

Can I use JSON for large exports?

It’ll depend on how large your output is. See this warning in JsonItemExporter documentation.

Can I return (Twisted) deferreds from signal handlers?

Some signals support returning deferreds from their handlers, others don’t. See the Built-in signals reference to know which ones.

What does the response status code 999 means?

999 is a custom response status code used by Yahoo sites to throttle requests. Try slowing down the crawling speed by using a download delay of 2 (or higher) in your spider:

Or by setting a global download delay in your project with the DOWNLOAD_DELAY setting.

Can I call pdb.set_trace() from my spiders to debug them?

Yes, but you can also use the Scrapy shell which allows you to quickly analyze (and even modify) the response being processed by your spider, which is, quite often, more useful than plain old pdb.set_trace().

For more info see Invoking the shell from spiders to inspect responses.

Simplest way to dump all my scraped items into a JSON/CSV/XML file?

To dump into a JSON file:

To dump into a CSV file:

To dump into a XML file:

What’s this huge cryptic __VIEWSTATE parameter used in some forms?

The __VIEWSTATE parameter is used in sites built with ASP.NET/VB.NET. For more info on how it works see this page. Also, here’s an example spider which scrapes one of these sites.

Parsing big feeds with XPath selectors can be problematic since they need to build the DOM of the entire feed in memory, and this can be quite slow and consume a lot of memory.

In order to avoid parsing all the entire feed at once in memory, you can use the functions xmliter and csviter from scrapy.utils.iterators module. In fact, this is what the feed spiders (see Spiders) use under the cover.

Yes, Scrapy receives and keeps track of cookies sent by servers, and sends them back on subsequent requests, like any regular web browser does.

For more info see Requests and Responses and CookiesMiddleware.

How can I see the cookies being sent and received from Scrapy?

How can I instruct a spider to stop itself?

Raise the CloseSpider exception from a callback. For more info see: CloseSpider.

How can I prevent my Scrapy bot from getting banned?

Should I use spider arguments or settings to configure my spider?

Both spider arguments and settings can be used to configure your spider. There is no strict rule that mandates to use one or the other, but settings are more suited for parameters that, once set, don’t change much, while spider arguments are meant to change more often, even on each spider run and sometimes are required for the spider to run at all (for example, to set the start url of a spider).

To illustrate with an example, assuming you have a spider that needs to log into a site to scrape data, and you only want to scrape data from a certain section of the site (which varies each time). In that case, the credentials to log in would be settings, while the url of the section to scrape would be a spider argument.

How to split an item into multiple items in an item pipeline?

Item pipelines cannot yield multiple items per input item. Create a spider middleware instead, and use its process_spider_output() method for this purpose. For example:

Yes, by setting DNS_RESOLVER to scrapy.resolver.CachingHostnameResolver. Note that by doing so, you lose the ability to set a specific timeout for DNS requests (the value of the DNS_TIMEOUT setting is ignored).

How to deal with <class 'ValueError'>: filedescriptor out of range in select() exceptions?

This issue has been reported to appear when running broad crawls in macOS, where the default Twisted reactor is twisted.internet.selectreactor.SelectReactor. Switching to a different reactor is possible by using the TWISTED_REACTOR setting.

How can I cancel the download of a given response?

In some situations, it might be useful to stop the download of a certain response. For instance, sometimes you can determine whether or not you need the full contents of a response by inspecting its headers or the first bytes of its body. In that case, you could save resources by attaching a handler to the bytes_received or headers_received signals and raising a StopDownload exception. Please refer to the Stopping the download of a Response topic for additional information and examples.

Running runspider I get error: No spider found in file: <filename>

This may happen if your Scrapy project has a spider module with a name that conflicts with the name of one of the Python standard library modules, such as csv.py or os.py, or any Python package that you have installed. See issue 2680. 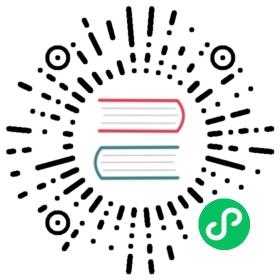