Warning: The support for R is currently experimental.

The R language can be installed to a GraalVM build with the gu command.See graalvm/bin/gu —help for more information.

On macOS it is necessary to run $R_HOME/bin/configure_fastr.This script will attempt to locate the necessary runtime libraries on your computerand will fine-tune the the GraalVM R installation according to your system.On Linux systems, this script will check that the necessary libraries are installed, and if not,it will suggest how to install them.

Moreover, to install R packages that contain C/C++ or Fortran code, compilersfor those languages must be present on the target system. Following packagessatisfy the dependencies of the most common R packages:

Note that you still need to install the GFortran 3 runtime libraries unless this isthe default version on your system.

Run R code with the R and Rscript commands:

GraalVM R engine uses the same polyglot options as other GraalVM languages and the same R options as GNU R, e.g., bin/R —vanilla.Use —help to print the list of supported options. The most important options include:

Note: unlike other GraalVM languages, R does not yet ship with aNative Image of its runtime.Therefore the —native option, which is the default, will still start Rscript on top of JVM,but for the sake of future compatibility the Java interoperability will not be available in such case.

The native mode is better suited for code that does not extensively interact with the R API, for example,plain C or Fortran numerical computations working on primitive arrays. The llvm mode provides significantlybetter performance for extensions that frequently call between R and the C/C++ code, because GraalVM LLVMinterpreter is also partially evaluated by the Truffle library like the R code, both can be inlined and optimizedas one compilation unit. Moreover, GraalVM LLVM is supported byGraalVM tools which allows to, for instance,debug R and C code together.

As of version 19.3.0, the GraalVM R engine is configured to use theLLVM toolchainto compile R packages native code. This toolchain produces standard executable binaries fora given system, but it also embeds the corresponding LLVM bitcode into them.The binaries produced by the LLVM Toolchain can be loaded in both modes: native or llvm.

Using the system default compilers may be more reliable, but you loose theability to load the R packages built with the LLVM toolchain in the llvm mode,because they will not contain the embedded bitcode. Moreover, mixing packagesbuilt by the local system default compilers and packages built by the LLVMtoolchain in one GraalVM R process may cause linking issues.

Starting from the version 19.3.0, the GraalVM R engine uses the following defaults:

To enable the llvm mode for loading the packages, use —R.BackEnd=llvm.You can also enable each mode selectively for given R packages by using:

GraalVM implementation of R, known as FastR, is based on GNU R and reusesthe base packages. It is currently based on GNU-R 3.6.1, and moves to new majorversions of R as they become available and stable. The FastR project, maintains an extensive set of unittests for all aspects of the R language and the builtin functionality, and thesetests are available as part of the R source code. GraalVM R engine aims to befully compatible with GNU R, including its native interface as used by R extensions. Itcan install and run unmodified complex R packages like ggplot2, Shiny, orRcpp. As some packages rely on unspecified behavior or implementation detailsof GNU-R, support for packages is work in progress, and some packages might notinstall successfully or work as expected.

Packages can be installed using the install.packages function or the R CMD INSTALL shell command.By default, R uses fixed snapshot of the CRAN repository1.This behavior can be overridden by explicitly setting the repos argument of the install.packages function.This functionality does not interfere with the checkpoint package. If you are behind a proxy server, makesure to configure the proxy either with environment variables or using the JVM options,e.g., —vm.Djava.net.useSystemProxies=true.

Versions of some packages specifically patched for GraalVM implementation of R can be installed using the install.fastr.packagesfunction that downloads them from the GitHub repository.Currently, those are rJava and data.table.

You can use the compatibility checker to find whether the CRAN packages you are interested in are tested on GraalVM and whether the tests pass successfully.

GraalVM runtime optimizes R code that runs for extended periods of time.The speculative optimizations based on the runtime behavior of the R code and dynamic compilation employed by GraalVM runtime are capable of removing most of the abstraction penalty incurred by the dynamism and complexity of the R language.

Let us look at an algorithm in R code. The following example calculates themutual information of a large matrix:

Algorithms such as this one usually require C/C++ code to run efficiently:2

GraalVM implementation of R is primarily aimed at long-running applications. Therefore, the peak performance is usually only achieved after a warmup period. While startup time is currently slower than GNUR’s, due to the overhead from Java class loading and compilation, future releases will contain a native image of R with improved startup.

The R language integration with the GraalVM ecosystem includes:

Please use the ?functionName syntax to learn more. The following example demonstrates the interoperability features:

R vectors are presented as arrays to other languages. This includes single element vectors, e.g. 42L or NA.However, single element vectors that do not contain NA can be typically used in places where the otherlanguages expect a scalar value. Array subscript or similar operation can be used in other languages to accessindividual elements of an R vector. If the element of the vector is not NA, the actual valueis returned as a scalar value. If the element is NA, then a special object that looks like nullis returned. The following Ruby code demonstrates this.

In the following code example, we can simply just pass the Ruby array to the R built-in function sum,which will work with the Ruby array as if it was integer vector.

Foreign objects can be also explicitly wrapped into adapters that make them look like the desired R type.In such a case, no data copying occurs if possible. The code snippet below shows the most common use cases.

Note that R contexts started from other languages or Java (as opposed to via the bin/R script) will default to non-interactive mode, similar to bin/Rscript.This has implications on console output (results are not echoed) and graphics (output defaults to a file instead of a window), and some packages may behave differently in non-interactive mode.

See the Polyglot Reference and theEmbedding documentationfor more information about interoperability with other programming languages.

GraalVM R engine provides built-in interoperability with Java. Java class objects can be obtained via java.type(…).The standard new function interprets string arguments as a Java class if such class exists. new also accepts Java types returned from java.type.Fields and methods of Java objects can be accessed using the $ operator.Additionally, you can use awt(…) to open an R drawing devicedirectly on a Java Graphics surface, for more details see Java Based Graphics.

The following example creates a new Java BufferedImage object, plots random data to it using R’s grid package,and shows the image in a window using Java’s AWT framework. Note that you must start the R script with —jvm to have access to Java interoperability.

For more information on FastR interoperability with Java and other languages implemented with Truffle framework,refer to the Interoperability tutorial.

GraalVM implementation of R provides its own rJava compatible replacement package available at GitHub,which can be installed using:

The svg device in GraalVM implementation of R generates more lightweight SVG code than the svg implementation in GNU R.Moreover, functions tailored to manipulate the SVG device are provided: svg.off and svg.string.The SVG device is demonstrated in the following code sample. Please use the ?functionName syntax to learn more.

Worker nodes inherit the attached packages from the parent node with copy-on-write semantics, but not the global environment.This means that you do not need to load again R libraries on the worker nodes but values (including functions) from the globalenvironment have to be transfered to the worker nodes, e.g., using clusterExport.

Note that unlike with the FORK or PSOCK clusters the child nodes in SHARED cluster are running in the same process,therefore, e.g., locking files with lockfile or flock will not work. Moreover, the SHARED cluster is based onan assumption that packages’ native code does not mutate shared vectors (which is a discouraged practice) and is threadsafe and re-entrant on the C level.

If the code that you want to parallelize does not match these expectations, you can still use the PSOCK cluster with the GraalVM R engine.The FORK cluster and functions depending solely on forking (e.g., mcparallel) are not supported at the moment.

1 More technically, GraalVM implementation of R uses a fixed MRAN URL from $R_HOME/etc/DEFAULT_CRAN_MIRROR, which is a snapshot of theCRAN repository as it was visible at a given date from the URL string.

2 When this example is run for the first time, it installs the RcppArmadillo package,which may take few minutes. Note that this example can be run in both R executedwith GraalVM and GNU R. 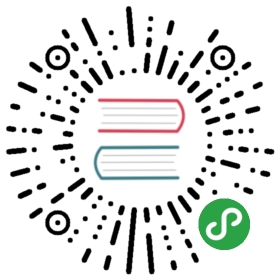