The LSM tree is a sequence of levels. Each level is one sorted run that can be range partitioned into many files. Each level is many times larger than the previous level. The size ratio of adjacent levels is sometimes called the fanout and write amplification is minimized when the same fanout is used between all levels. Compaction into level N (Ln) merges data from Ln-1 into Ln. Compaction into Ln rewrites data that was previously merged into Ln. The per-level write amplification is equal to the fanout in the worst case, but it tends to be less than the fanout in practice as explained in this paper by Hyeontaek Lim et al. Compaction in the original LSM paper was all-to-all — all data from Ln-1 is merged with all data from Ln. It is some-to-some for LevelDB and RocksDB — some data from Ln-1 is merged with some (the overlapping) data in Ln.

While write amplification is usually worse with leveled than with tiered, there are a few cases where leveled is competitive. The first is key-order inserts and a RocksDB optimization greatly reduces write-amp in that case. The second one is skewed writes where only a small fraction of the keys are likely to be updated. With the right value for compaction priority in RocksDB compaction should stop at the smallest level that is large enough to capture the write working set — it won’t go all the way to the max level. When leveled compaction is some-to-some then compaction is only done for the slices of the LSM tree that overlap the written keys, which can generate less write amplification than all-to-all compaction.

There are a few challenges with tiered compaction:

For tiered compaction the notion of levels are usually a concept to reason about the shape of the LSM tree and estimate write amplification. With RocksDB they are also an implementation detail. The levels of the LSM tree beyond L0 can be used to store the larger sorted runs. The benefit from this is to partition large sorted runs into smaller SSTs. This reduces the size of the largest bloom filter and block index chunks — which is friendlier to the block cache — and was a big deal before partitioned index/filter was supported. With subcompactions this enables multi-threaded compaction of the largest sorted runs. Note that RocksDB used the name universal rather than tiered.

Tiered compaction in RocksDB code base is termed Universal Compaction.

The tiered+leveled approach is a hybrid that uses tiered for the smaller levels and leveled for the larger levels. It is flexible about the level at which the LSM tree switches from tiered to leveled. For now I assume that if Ln is leveled then all levels that follow (Ln+1, Ln+2, …) must be leveled.

SlimDB from VLDB 2018 is an example of tiered+leveled although it might allow Lk to be tiered when Ln is leveled for k > n. Fluid LSM is described as tiered+leveled but I think it is leveled-N.

Leveled compaction in RocksDB is also tiered+leveled. There can be N sorted runs at the memtable level courtesy of the max_write_buffer_number option — only one is active for writes, the rest are read-only waiting to be flushed. A memtable flush is similar to tiered compaction — the memtable output creates a new sorted run in L0 and doesn’t read/rewrite existing sorted runs in L0. There can be N sorted runs in level 0 (L0) courtesy of level0_file_num_compaction_trigger. So the L0 is tiered. Compaction isn’t done into the memtable level so it doesn’t have to be labeled as tiered or leveled. Subcompactions in the RocksDB L0 makes this even more interesting, but that is a topic for another post.

The FIFOStyle Compaction drops oldest file when obsolete and can be used for cache-like data.

Here we give overview of the options that impact behavior of Compactions:

Other options impacting performance of compactions and when they get triggered are:

You can learn more about all of those options in rocksdb/options.h 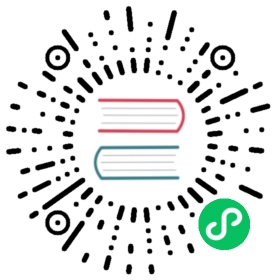