There are many ways to install and run Ozone. Starting from simple docker deployments on local nodes, to full scale multi-node cluster deployment on Kubernetes or bare-metal.

You can try out Ozone using docker hub without downloading the official release. This makes it easy to explore Ozone.

Starting ozone inside a single container

The simplest and easiest way to start an ozone cluster to explore what it can do is to start ozone via docker.

Running Ozone from an Official Release

Apache Ozone can also be run from the official release packages. Along with the official source releases, we also release a set of convenience binary packages. It is easy to run these binaries in different configurations.

Ozone on a physical cluster

Ozone is designed to work concurrently with HDFS. The physical cluster instructions explain each component of Ozone and how to deploy with maximum control.

Ozone is designed to work well under Kubernetes. These are instructions to deploy Ozone on K8s. Ozone provides a replicated storage solution for K8s based apps.

Ozone comes with a standard set of K8s resources. You can deploy them to MiniKube and experiment with the K8s based deployments.

Instructions to build Ozone from source to create deployment packages.

If you are a Hadoop ninja, and wise in the ways of Apache, you already know that a real Apache release is a source release. We believe that even ninjas need help at times. 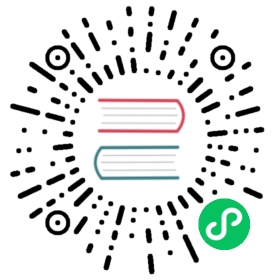